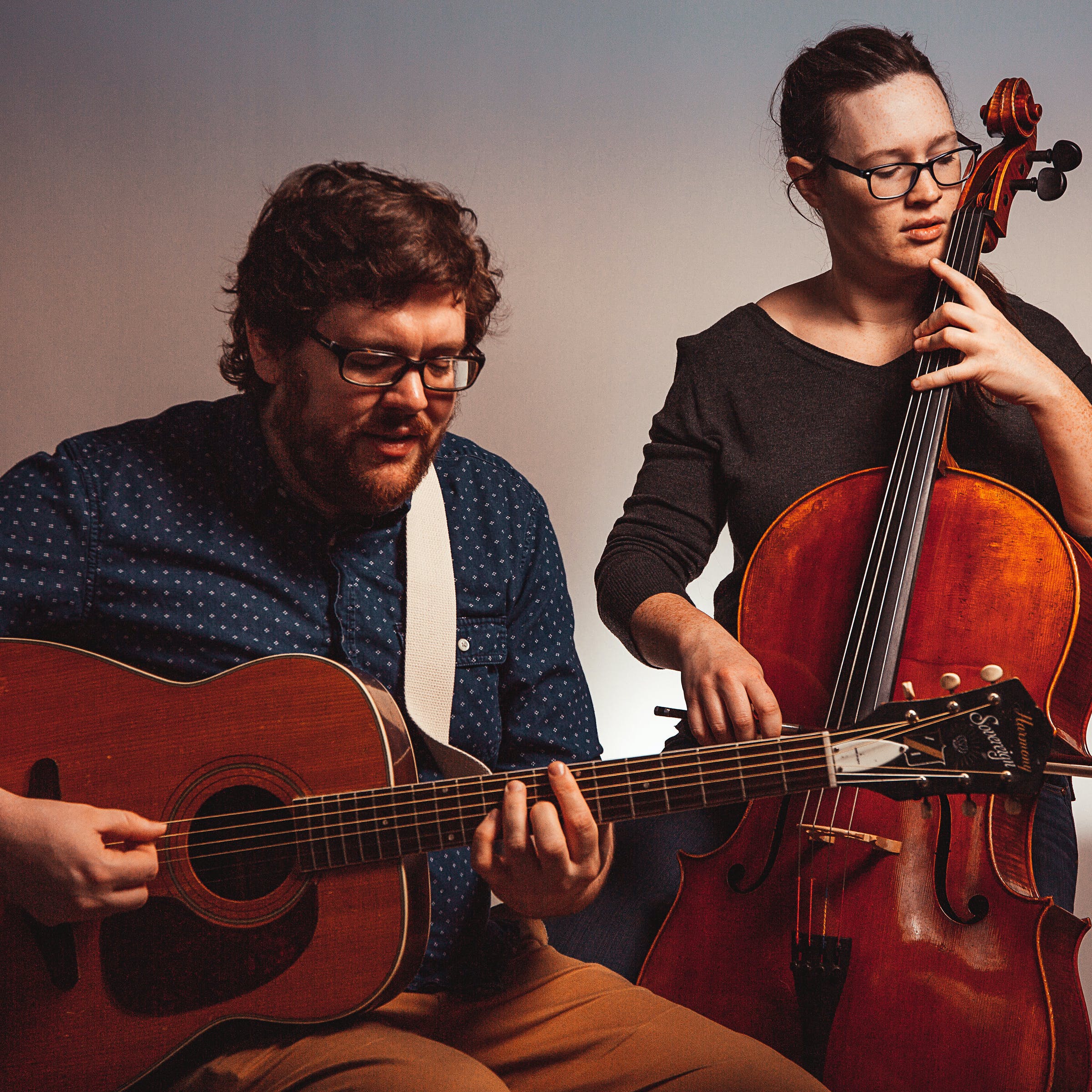 Black Rhinoceros is Ahren Field (guitar/vox) and Erin Snedecor (cello/vox), who write songs with catchy melodies and intricate harmonies that bring a new voice to lyrics about love, friendships, drinking, and science fiction.

The duo formed in 2013 as an offshoot of their full electric band, Pompeii Graffiti, after arranging the band’s tunes for just cello and guitar when the rest of the band couldn’t make the gig. Since then, their sound has taken on a life of its own, ranging from intimate confessionals to bluegrass jams to all-out rock. Erin and Ahren have appeared on WRNR, WLOY, and WTMD radios, WRNR’s Rockin’ River Cruise, and featured in shows all over the Annapolis, DC, and Baltimore area. Black Rhinoceros’ self-titled EP is available on Bandcamp or at any of their live shows. 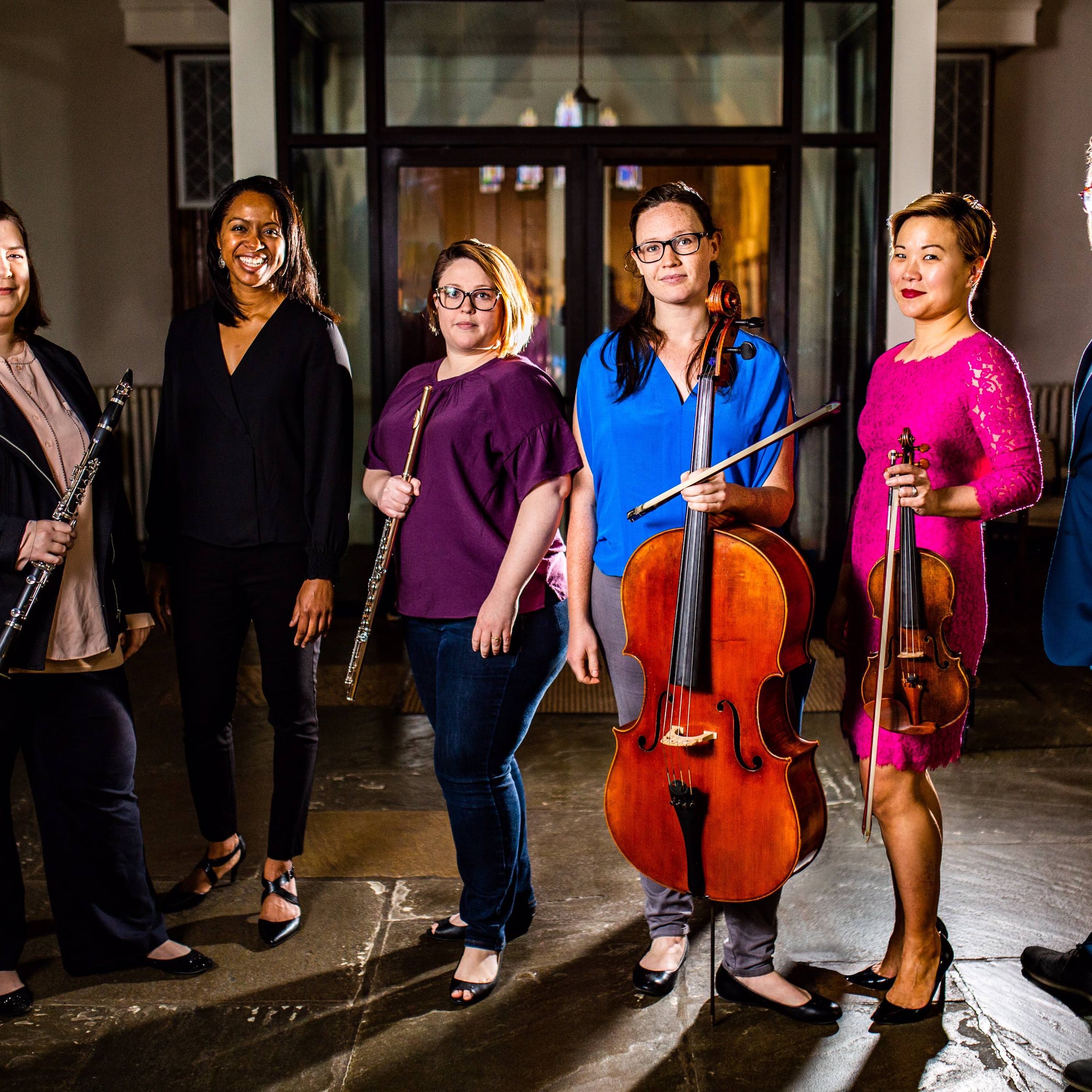 In 2017 a small group of friends with a shared passion for contemporary music formed an ensemble dedicated to discovering and showcasing modern works. Balance Campaign has been using adventurous programming, commissioning, and educational outreach to advocate for new music in the D.C./Baltimore area ever since. 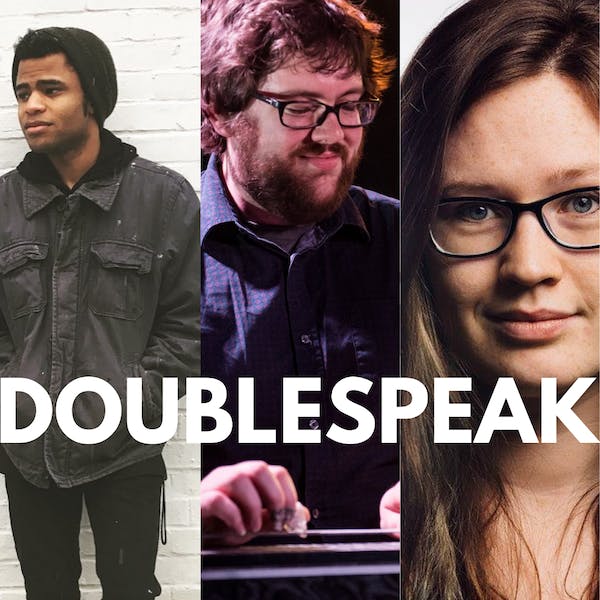 DoubleSpeak is a new quartet of musicians that bring together elements of  electronica, classical, and Americana styles to create new timbres in instrumental music. Rather than featuring a frontman backed by instrumentalists, DoubleSpeak writes songs that bring each member's voice to the spotlight, highlighting the diverse background that makes their sound unique. Their first single, Han Shot First, features this new combination with Troy Everett on synth and viola, Nataly Merezhuk on violin and synth, Ahren Buchheister on mandolin, and Erin Snedecor or cello.